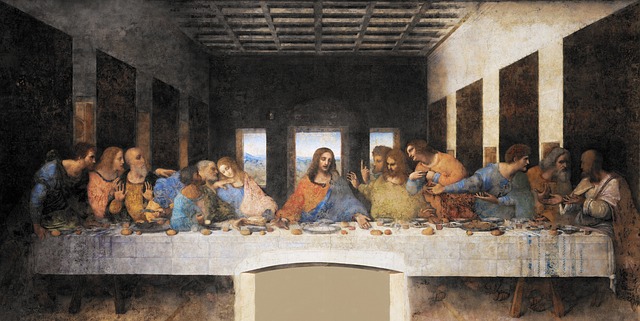 This story was written for the June edition of the monthly Furious Fiction contest.

This was the assignment:

James missed the boat he and his brother John had left when Jesus called them to be fishers of men rather than fishers of fish.
“Things were much simpler back then,” he told his brother after Jesus had resurrected Lazarus. “I liked it more before everyone came to Him to see Him work His wonders.”
To the people of Jerusalem, Jesus was a superstar at the height of His career. They welcomed Him into their city, waved at Him with palm branches, and even called Him the King of Zion.
Those who were close to Him, however, knew that something bad was brewing in Palestine. Jesus Himself had wept as they approached Jerusalem, foretelling His personal suffering as well as the suffering of the people of Israel.

“At first, being part of the group of disciples who followed Him throughout the country was exciting,” James grumbled after their triumphal entry into Jerusalem. “I liked spreading the word of God and teaching people how to live well, but everything changed once we got entangled in politics.”
John agreed with his brother. The Pharisees had taken offence of some of the teachings of the Christ and the Sanhedrin had denounced Jesus as a terrorist to the Roman occupiers.
Then, one evening during supper, Jesus warned the Twelve that one of them would betray Him. The apostles looked at each other. No one said a word until Judas broke the silence, declaring that he trusted every single one of the people he was sharing bread with that night.
To lighten up the atmosphere, Judas produced a couple of dice, and proposed to gamble for olive pits.
“That’s a Roman game,” John said. “Why would we take up the bad habit of gambling?”
John was considered the disciple Jesus valued most, but for once Jesus didn’t agree with him.
Jesus said: “It doesn’t matter; it’s only for fun and olive pits. Let’s not argue, let’s play.”
They rolled the dice until only two players, Judas and Jesus, had won an almost equal amount of olive pits, while all the others at the table were out of the game.
“All or nothing?” Judas asked defiantly.
“All or nothing,” Jesus answered dispassionately.
Judas cast the dice.
“A Venus Throw!” he cheered. That was the highest score one could throw.
John expressed his displeasure at the mention of a Roman goddess. The other disciples looked at Jesus, expecting nothing less than a miracle. Jesus closed His eyes and rolled the dice.
Eleven apostles let out a sigh of disbelief and disappointment. The dice showed the lowest score possible.
“A Dog Throw,” Judas shouted victoriously. “I win.”
“So be it,” Jesus whispered. “I accept my fate.”
He knew it would be His last meal together with His disciples.

“We should have known,” James told his brother afterwards.
“The signs were there, but we didn’t see them,” John answered. “Our minds simply couldn’t imagine that the Christ would be betrayed by a treacherous kiss from Judas.”