With elections coming up later this year, every political party in Belgium tries to win the hearts of the voter through social media. Some parties succeed very well in doing so, other parties are extremely clumsy. Earlier this week, CD&V, the Christian Democratic party in Flanders had to explain why they had over 10,000 followers from India, on a total of about 36,000 followers. Moreover, these followers were all acquired in a very short timespan, hence the suspicion that they were acquired in return for money. If that's true, then who paid for those followers? It's very hard to think of a reason why a political party in Belgium would benefit from having followers in India, unless that reason is stupidity.

This morning, the Belgian financial newspaper De Tijd published some more numbers about fake followers on Twitter. Studies indicate that only about 40 to 60% of the Twitter accounts are "real people"; the other accounts being automated bots. The newspaper mentioned a couple of tools (such asTwitterAudit) that can be used to count how many of your followers are real, and how many are fake. For instance 15,966 of the 68,250 followers of the newspaper De Tijd are fake. De Tijd also checked the accounts of some Flemish politicians, and as it turns out, about half of their followers are fake.

After reading this article, I was very curious about the followers of my own Twitter accounts. I have three of them:

I have a script running in the background of these three accounts to keep them "healthy." I won't explain the "secret sauce" I use, but the larger part of the automation was written to avoid fake accounts. However, up until now, I've never done the test to see if my scripts were efficient. 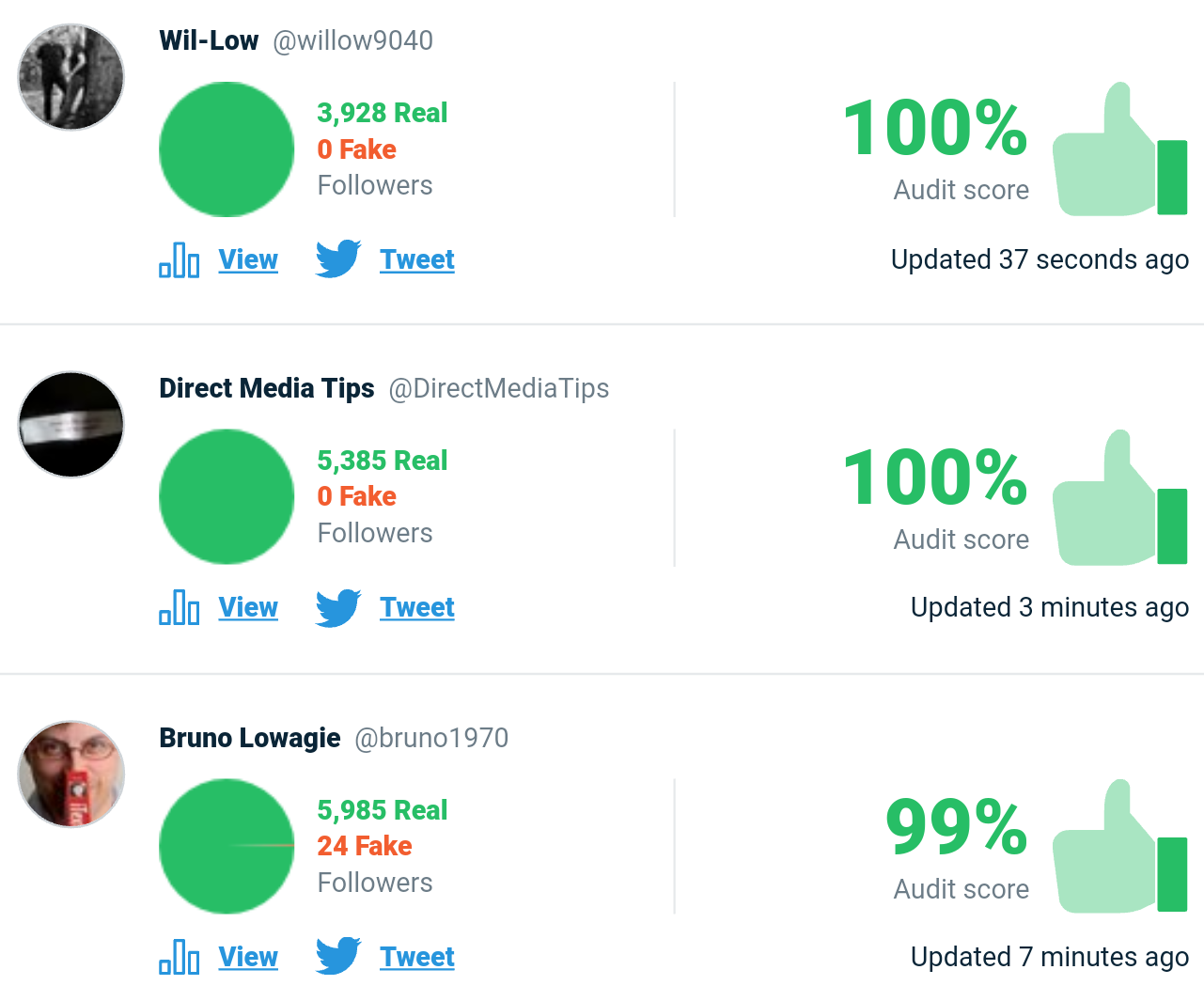 As you can see, my personal Twitter account only has 24 fake followers, resulting in an audit score of a whopping 99%. My (semi-)automated account have an even better score: they don't have a single fake fake follower! Granted, there's probably an error margin on those numbers, but I think that they are proof that my script works.

Now let's take a look at the detail provided by TwitterAudit: 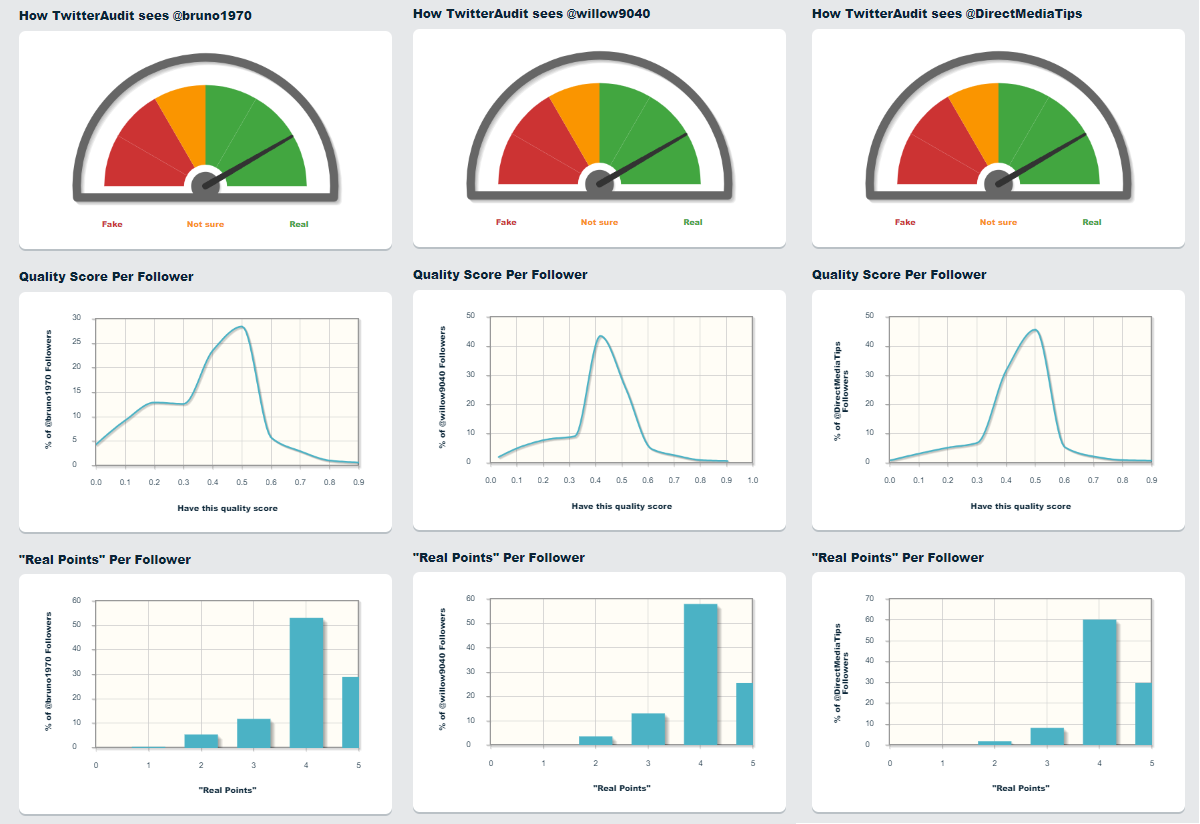 Isn't that surprising? I managed to create a fully-automated account of which more than 90% of the followers have a "real points" score of 4 or higher. Stop hiring people in marketing if you want to be successful on Twitter, hire an engineer instead! ;-)