2020-04-14
The rumors about my death were greatly exaggerated 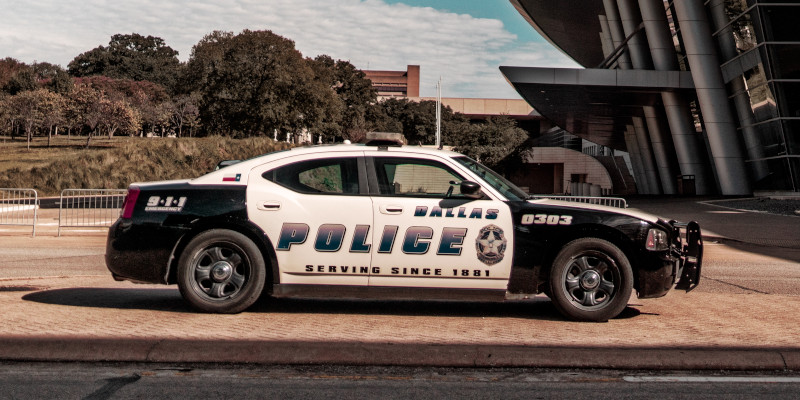 Photo by Jacoby Clarke from Pexels

This story was written for the Reedsy contest "The Game is Afoot".
More specifically in the context of the prompt: "Write a story about a rumor making its way through the grapevine."

The rumors about my death were greatly exaggerated

I had been out of town for a week, and it surprised me to see that people stopped doing whatever it was they were doing when I walked by the first morning after I returned.
I don’t consider myself as someone who suffers from paranoia, but it felt as if everyone was staring at me. I looked in the reflecting window of the drug store to see if something was wrong with my hair or my clothes, but I didn’t see anything out of the ordinary, hence I continued my stroll to 'The Old Crocodile' for a drink.
The bartender almost fainted when I walked in.
“Weren’t you dead?” he asked me, once recovered from the shock of seeing me.
“Was I? No one has asked me that question before. I honestly don't know,” I answered. “I feel pretty alive, though. Have I been dead for a long time?”
“I'm sorry, I guess it was only a rumor, but I really believed it was true,” the bartender admitted. “The first time I heard you were dead was last Monday. The news about your death was confirmed by several other people in the course of the week. You were the talk of the town.”
“I left on a trip on Sunday,” I said, “but I had every intention to come back, dead or alive! By the way: how did people say I died?”
“Some people said you had been shot in the head; other people told me your throat was slit.”
“Ouch, that must have hurt,” I said. “I seem to have died a violent death. Was there any word on the killer? Was it someone I know?”
“You had… Sorry, you have many enemies. It could have been any one of them.”
“That I know, but about which enemy should I worry most?”
“The police arrested Jimmy Barnes. They kept him in jail for two days.”
“You don’t say! Even the police believed the rumors. As for Jimmy, he's harmless. He's the type of person who would want to get rid of me, but I’m quite confident he lacks the guts to kill me.”
“I wouldn’t be so sure of that,” the bartender said. “Apparently, he had every reason to hold a grudge against you. Now more than ever, since he has spent a couple of days in jail because of you.”
“I fully understand,” I said, “but having a reason often isn’t enough to slay someone. If it were, way more people would be murdered.”
“I guess you’re right,” the bartender said. “I lost count of the number of people who confided in me that they wanted to shoot someone. The more drinks they had, the more decided they were about it, but I don’t recall any customer to have gone through with it.”
“Fortunately not!"
The bartender smiled: "Yes, fortunately not. At least not until you were killed... allegedly."
"I take it my body was never found?” I joked.
“No, and that’s why they had to let Jimmy go. No body, no crime.”
“I should probably pay the police a visit to show them my body as proof that I’m alive and well.”

I received the same welcome in the police station as the one I got in 'The Old Crocodile'.
“We’re investigating your death!” the sheriff said. I couldn't tell if he was surprised that I wasn't dead, or disappointed to see me alive.
“Well, you can stop doing that,” I informed the man. “As you can see, I’m still breathing, and I still have a pulse.”
I exhaled close to the sheriff’s nose and he took a step back.
“And you still have alcohol running through your veins,” he added. “Do you know we brought Jimmy Barnes in because we thought he killed you?”
“So I’ve heard,” I laughed. “But I’ve also heard there wasn’t any body, which makes me wonder why you were all so convinced I had kicked the bucket.”
“Everyone was talking about it. We gathered the rumor wouldn’t be as persistent if there hadn’t been any truth in it.”
“That brings about many questions, you know.”
“I know, questions such as 'Who started the rumor?'”
“Indeed, 'Who kept the rumor alive?' and 'Who benefited from the rumor that I was no more?'”
“I have no idea.”
I bet he suspected I started the rumor myself.
“Will you investigate?” I asked.
“Is that really necessary? You’re living proof that no crime was committed.”
“Still, it’s kind of annoying to come home to a town where everyone is surprised to see you alive.”
“I fear it’s not a crime to gossip,” the sheriff said. “I wouldn’t qualify what was said as slander or defamation.”
“Maybe you’re right,” I told him, “but I’m curious about how this all started. What made you take Jimmy Barnes into custody?”
“We received an anonymous tip,” the sheriff answered. “We cross-examined Jimmy for hours, but he wouldn’t tell us why he killed you, nor where he hid your body.”
“How could he? There was no body to hide!”
“That’s clear now,” the Sheriff said with embarrassment in his voice. “Thank you for stopping by.”
“You’re welcome,” I said.

Jimmy Barnes was the only clue I had. He was the next person I wanted to have a chat with.
“You!” he bellowed when he opened the door. “I knew you were still alive somewhere!”
“Well hello to you too!” I answered. “At least one person who isn’t surprised that I’m not dead.”
“I would kill you if I had the guts,” Jimmy said.
“I know you would, and I know you don’t,” I teased him. “What else is new?”
“Don’t pretend you don’t know,” he yelled at me.
“Maybe I know, maybe I don’t,” I said. “Enlighten me!”
He must have seen in my eyes that I didn’t know, because he suddenly calmed down.
“Lara left me.”
Now I understood his anger. Lara had been his girlfriend for as long as I remembered. I never understood what such a beautiful girl saw in a thug like Jimmy. Eventually, she must have asked herself the same question.
“She took advantage of me being in jail on suspicion of murder —your murder. While I was confined, she had all the furniture removed by ‘We Sell Your Furniture Inc.’ and she stripped the house of everything that had any value.”
I didn’t have to look any further for who started the rumor. I had told Lara I was leaving town for a week, and she had seized the opportunity. My alleged death was part of Lara’s clever ploy to have her hands free while escaping from her relationship with Jimmy. It was hard for me to hate her for it.
“Did you go to the police to report her missing?” I asked Jimmy.
“What do you think?” he sneered. “They might have suspected I was responsible for her disappearance too.”
“In a way, you were,” I said, and I turned my back on him.