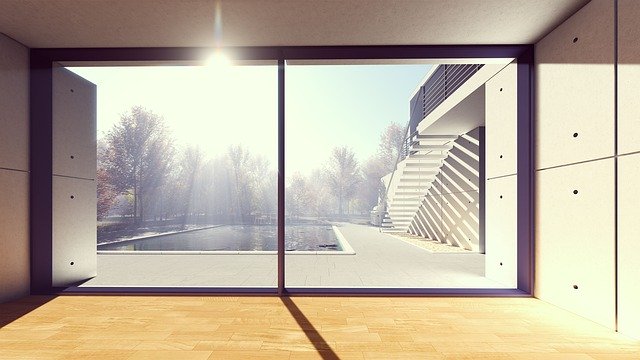 Image by Muntzir Mehdi from Pixabay

This story was written for the Reedsy contest "The Game is Afoot".
More specifically in the context of the prompt: "Write a story that starts with the reveal of a long-kept secret."

“The man who killed your father is not the man who went to prison for it.”
Jerry ‘The Nose’ Salmone was dying. He had been dying for several weeks now, but these were definitely his last days on this earth. He could feel it in his bones, he told me, and that is why he finally called for me.
“What are you saying?” I asked. “Tony ‘The Skin’ Orsini wasn’t responsible for the death of my father?”
Tony had been my father’s best friend, but when my father was murdered, he was the prime suspect. He kept saying he was innocent throughout his trial, but he was convicted for life because the evidence against him was overwhelming.
“I will take many secrets to my grave,” Jerry said, “but this one is too big for me to take with me.”
“If Tony didn’t kill my father, then who did?” I asked.
“I’m sorry to say,” the dying man answered, “but I did.”
“You killed my father?” I screamed louder than I intended to. “Why would you do such a thing?”
“You have to understand, Mikey,” Jerry murmured. “I was in love with Gabriella.”
Gabriella was Tony’s wife. After Tony was convicted for murdering my dad, she got a divorce and remarried Jerry. He loved her, but she treated him as her servant while she rapidly moved up the ladder in the Organization. Eventually, she became the undisputed Godmother of organized crime. Love was merely a means for her; power was her goal. She hadn’t visited Jerry once since he was diagnosed with cancer.
“Your father and Tony had just made a great hit. They robbed a money transport, worth three million dollar, to split two ways.”
That was the first thing I heard about it. Then again, I was still too young when all of that happened.
“Gabriella knew,” Jerry continued. “She had been cheating Tony with me for a couple of months, and she convinced me to kill your father and to frame Tony for it.”
“Killing two birds with one stone,” I added.
“More than two birds,” Jerry said. “She took the money from the heist, and she legitimized her affair with me. Then, she used me to get promoted within the Organization.”
I didn’t know what to say. For all those years, I had wondered why Tony had killed my father. All that time, I had been overlooking the obvious.
“I’m sorry, Mikey,” Jerry said. “I liked your father, but it was as if Gabriella had a spell over me.”
“Why didn’t you tell me earlier?” I asked. “I thought we got along with each other?”
After my father died, Gabriella hired me as one of her henchmen in the business she took over from Tony. I thought she was doing me a favor. I was happy for the opportunity to work with Jerry. I liked him because he regarded me as his son, more than he did Gabriella’s firstborn, Joe, a spoiled brat who had about the same age as me. How could Jerry have kept his secret from me for such a long time?
“Don’t forget that I committed the act, Mikey,” Jerry said. “If I came out with the story, Gabriella would claim that she had nothing to do with it. I would hang for murdering your father. I took pity on you out of guilt, but you turned out to be such a good guy that I started to regard you as a son. By then it was too late to tell you the truth. I feared that you would hate me forever.”
Part of me told me that I should hate him for that, but I couldn’t. I knew how hard he had tried to redeem himself. He wasn’t asking me for forgiveness; he didn’t even forgive himself for what he had done.
“Did you ever tell Tony?” I asked.
“No,” Jerry sighed. “Tony never knew who was responsible for the death of his best friend. He died before I could tell him.”
I remember being happy about the death of my father’s alleged murderer. I didn’t ask any questions about the fact that Tony was one of the healthiest and most respected inmates one day; and dead the next day. Accidents happen, good riddance, was what I thought.
“That’s horrible,” I said. I felt sorry about the way I had treated my father’s best friend.
“It has been eating me from the inside for years,” said Jerry.
Something had indeed been eating him from the inside —literally. He passed away a couple of hours after his confession to me, but not before he had revealed where Gabriella hid the money she couldn’t take to the bank.

I didn’t want to kill Gabriella. I wanted her to suffer.

Gabriella was paranoid. She was the Godmother of the Organization, and I was nothing more than a cog in her well-oiled machine of organized crime. That was as much an advantage as it was a disadvantage. Hitting her with a direct attack would be suicide. She always had a handful of bodyguards watching over her. Also, I didn't want to grant her a quick death.
As a first step, I would have to find a way to get my hands on a significant part of the money she had stashed away. Her son, Joe, the only person she trusted with her life was the key to getting this done. If I could get hold of his phone, I could manipulate all the security systems and cameras in Gabriella’s mansion.
Occasionally, I joined Joe and some of the guys in a game of poker. I was a mediocre player; Joe was a poker fanatic. Everyone who wanted to play needed to leave his phone in a locker so that no one got distracted during the game. The keys to the lockers were guarded by one of Joe’s goons.
The night I executed my plan, I lost big time. I folded whenever I had a good hand. I followed for too long when I had bad cards.
“What’s happening, Mikey?” Joe asked. “You don’t look well.”
“I don’t feel well,” I said. “Can I be excused? I think I’m going to spend some time in the restroom.”
The guys laughed at me, and I put on my saddest face.
“Can I have my phone?” I asked the goon at the door. He was watching some show on television.
“Your key is on the rack,” he said, without looking at me.
I took the key to Joe’s locker, took out his phone, hung back his key, and off I went.
In the restroom, I had no difficulties unlocking Joe’s phone. I had seen him form the pattern and key in his pin code many times.
The security app was very straightforward. I plotted a course to the different locations Jerry had told me about, and I disabled and re-enabled the cameras as I followed my path. Once done, I had about five million in cash in an empty suitcase that I had taken from the cloakroom. I put a handful of hundred-dollar bills in my wallet, and I hid the suitcase back in the cloakroom. The goon was still watching his show when I returned Joe’s phone. No one had noticed a thing.
“Feeling better?” Joe asked when I rejoined the game.
“I feel better,” I said. “but I don’t know if that means that I’ll play better.”
The guys laughed loudly. I did play a tad better, but at the end of the night, I was in debt to every other player. I paid Joe with my own money; I paid the other guys with Gabriella’s money. I also tipped Joe’s goon with a dirty franklin.

I didn’t steal all of Gabriella’s money; the risk of being discovered during the act was too big. I also didn’t take the risk of taking the money out of the cloakroom. I had been sloppy in a subtle way on purpose to make sure it wouldn’t take long before Gabriella found out she had been robbed.
The next day, everyone who had been in the house the previous day was summoned to the pool house. That was a bad sign. It meant that Gabriella had yet another paranoid fit. If we met in the pool house, someone would bite the dust before the day was over. That was a certainty.
“My mother has reason to believe that someone has betrayed her,” Joe said. “One of you was stupid enough to think he would get away with it.”
Everyone looked at each other, wondering what Gabriella worried about this time.
“I need you to show me your wallets,” Joe said. “I'm curious to see if one of you is as stupid as I suspect him to be.”
Everyone produced their wallet from their pockets. Joe examined the hundred-dollar bills and compared the numbers on the bills with the numbers in a file on his tablet. Once he was done, he said: “Mikey, can you come outside with me please?”
A sigh of relief went through the room. Everyone thought I was going to be the victim of Gabriella’s paranoia and that they were off the hook. I knew better. Everyone who was left in the room, had at least one of the Benjamin Franklins I had stolen from Gabriella in his wallet.
Outside, Joe told me what he thought had happened. I played dumb.
“Everyone stood there as if they believed you wouldn’t find out,” I said.
“I know,” said Joe. “I don’t know how it was done, nor when it was done, but this is bad. This can't go unpunished.”
“What are you going to do?” I asked.
“I have orders from my mother to execute everyone who stole money from her.”
“How many people are we talking about?” I asked. “One, two, maybe three?”

I was the one who brought the bad news to Gabriella. Joe and I had shot as many as five people, but one of them managed to smuggle his gun into the pool house. He had shot Joe before I could take him out.
My story was almost true. I killed Joe. I had to. Once Joe took the time to think things through, he would realize that I was responsible for getting the stolen money in his victims’ wallets.
Joe even helped me to carry out my plan. He gave me the gun of one of the guys —no guns were ever allowed in the pool house, except for the gun of an executioner. He also did most of the killing; after which I shot him in the head and put the gun in the hands of the guy it belonged to, making sure I left no finger prints of my own.
Gabriella was devastated. She ran to the pool house and took her son in her arms. I left her there in tears. I took the suitcase with my millions from the cloakroom, and called the police.