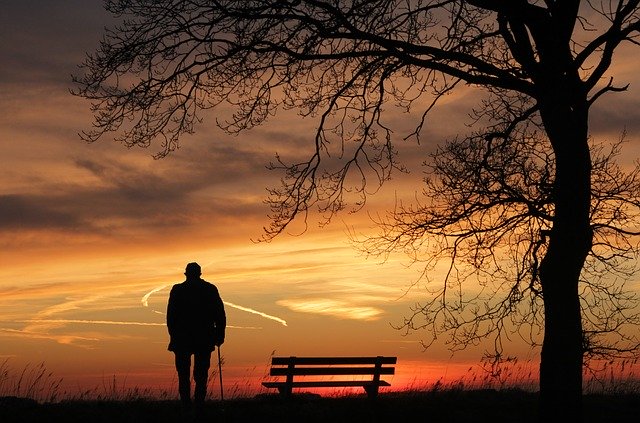 This story was written for the Reedsy contest "Agatha Christie".
More specifically in the context of the prompt: "Write a short story that takes place in a quaint, idyllic, English village."

My grandmother, the mother of my father, used to be the most beautiful girl in the village. Every boy was jealous when she chose my grandfather as her boyfriend. He was an outsider to them because he had gone to college in the city.
There was even more envy when the young couple married. They bought themselves a Ford Mustang for the occasion —an American car that clashed with everything the British countryside stood for. The villagers frowned upon the newlyweds, but the couple didn’t care about what other people thought of them. They were happy, and that was all that mattered to them.
A couple of weeks after the wedding, my grandfather was even happier when my grandmother told him she was pregnant. He was confident that the future was theirs. He thought that nothing could go wrong, and then, nine months later, everything did.

The contractions started late in the evening. It was a matter of hours before my grandmother would give birth, but it was clear it wasn’t going to be an easy delivery: the baby was in breech position.
“I’m afraid I can’t help you,” the midwife told my grandparents. “You’ll have to go to the hospital in the city.”
At flying speed, my grandfather drove my grandmother to the city. They would never reach it.
“He was driving too fast,” the villages said.
“He was trying to avoid an obstacle,” the police wrote in their report.
The Mustang rammed a pole about a mile away from their house. With great effort, my grandfather managed to free himself from the car. He told his wife not to worry and staggered to the nearest farm in search for help. There was no phone on the farm in those days, but the farmer and his wife, a middle-aged, childless couple, acted swiftly. The farmer drove my grandfather to the scene of the accident; his wife took her bicycle to alert the village doctor.
Help came too late for my grandmother; she didn’t survive the crash. As for my grandfather, he never knew the village doctor succeeded in saving my father from my grandmother’s womb. Overwhelmed by grief, he ran into the fields, raised his hands in the air, and changed into a tree.
This was the miracle the childless farmer and his wife had been praying for all their married life. They adopted my father, and to their great joy, he agreed to take over their farm twenty years later. He started a family of his own with a village girl. That girl became my mother in the early nineties.

As a child, I spent many hours in the field, sitting under the lonely tree that —as the legend went— was my grandfather. He protected me against all elements: the sun in the summer, the rain in the fall, and the snow in the winter. In the spring, my grandfather showed me how life was reborn. I entrusted the tree with all my secrets. I had a marvelous childhood.
I never doubted the story I was told about my timber ancestor. When I reached the age at which a child becomes an adolescent, and therefore no longer believes in myths, I didn't have the time to question the metamorphosis of my grandfather. Growing up, a man has other things on his mind.
I didn’t follow in my father’s footsteps as a farmer; instead I found myself a job in the city. That’s also where I met the love of my life. When I introduced her to my parents, she couldn't hide her enthusiasm: “What a quaint, idyllic place to live! Why don’t we look for a place over here?”
We married with our parents' blessing and bought ourselves a small cottage at walking distance from my parents’ farm.
“I think we should decorate the nursery first,” my wife told me when we moved in. I was going to be a father soon!

With all those small wonders going on in my life, I hadn’t been thinking about my grandfather in a long time. That changed when I received a letter from America.
“Dear grandson,” it read. “I know you were told that your grandmother died in a car accident, and that I absconded out of the village after her death. I started a new life overseas. To be honest, I don’t think anyone missed me; I was always the odd duck in the pond. The only thing I regret, is that I wasn’t around to see you and your father grow up. You probably don’t remember, but I’ve met you once on one of my rare visits to the old country. You were still a toddler. It was a beautiful summer day. You sat under your favorite tree and you told me that this tree was your real grandfather. I didn’t contradict you. I was charmed by the way you’d found to remember me. You made me very proud that day.”
I couldn’t believe my eyes. My grandfather was still alive. He wrote that he had planned a trip to the place where he was born —where we all were born. He wanted to meet me. If I wanted to meet him too, he would be waiting for me under “our” tree at four in the afternoon on the last Friday of January.
The letter didn’t mention any e-mail address, only a postal address on the back of the envelope. The letter was stamped ten days ago in Casper, Wyoming. The meeting would be in a week. Even if I immediately replied to his letter, it would never reach him in time.
I couldn’t wait to finally get to know my real grandfather after all those years. Now that I was about to become a father myself, I had so many things I wanted to ask him.
I didn’t tell anyone about the letter. On the last Friday of January, I used an excuse to leave work early. I was nervous and curious at the same time. I stood under the tree much earlier than necessary. I waited for several hours in the cold until my wife eventually called me to ask where I was.
With a mixture of anger and disappointment, I drove home. I had been waiting in vain; my grandfather hadn't showed up.
That evening, I showed the letter to my wife.
“Maybe someone pulled a prank on you,” she said.
“If it was a joke,” I replied, “it was an extremely tasteless one.”

A week later, I received a second letter from Wyoming. This time, it wasn’t sent by my grandfather, but by the executor of his will.
As I read the letter, tears welled up in my eyes. The first letter had been real. My grandfather hadn’t metamorphosed into a tree; he had indeed migrated to the United States shortly after my father’s birth. When my grandfather wrote me, he must have known that the end of his life was imminent. It was his dying wish to meet me one last time, but alas, he passed away before he could make that happen.
The day after my son was born, I drove back to the lonely tree in the field. I told it about the miracle of the new life our family had been blessed with. A wind blew through its leaves. It was as if my grandfather whispered how happy that made him, as if he congratulated me for adding a small, but promising twig to our family tree.